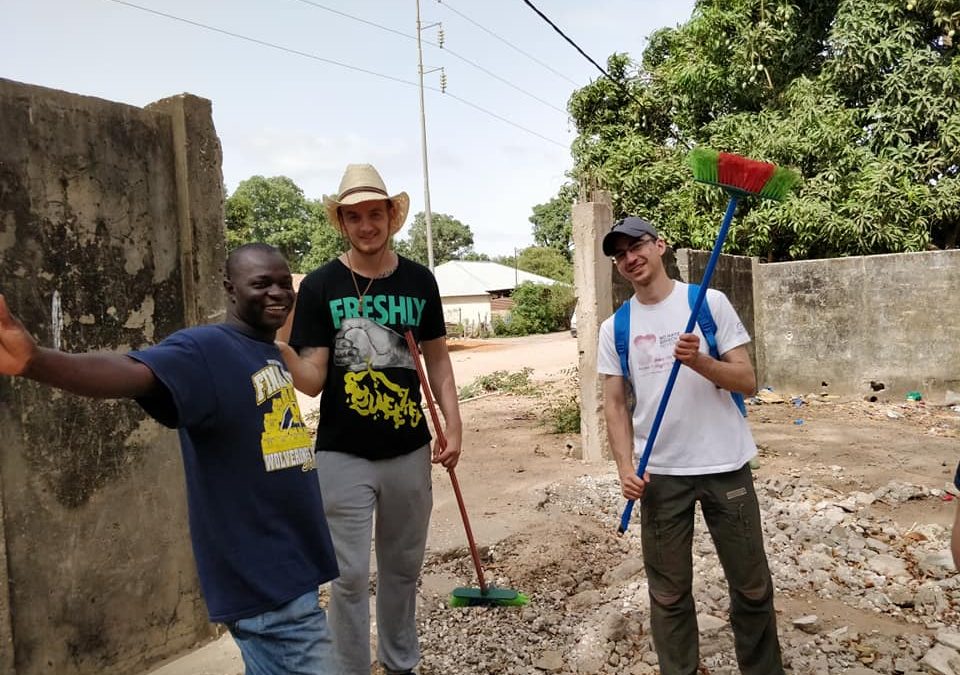 Robert Sandberg spent three weeks in a work camp in Senegal during the summer 2018. He was part of a project launched by IYC Suomi in the african country, taking part between 23rd June and 14th July, and with the purpose of continuing the reconstruction of a school started by IYC Spain last year.

Robert has shared with us his testimony:

To describe the three weeks I spent in Bignona, Casamance, Senegal as magical would be an understatement. You often hear people say that travelling broadens the mind. I dislike cliches, but this was that type of a trip. My entire train of thought was altered and the culprit was not the place itself but the people living there. On the whole, Senegal or at least the Casamance area, where we travelled quite extensively, is not very interesting. It is just sand, some trees, shabby roads and a wide variety of shacks where people live. However, the people are uniquely genuine. Open, honest, happy, fun-loving and laidback. A generalisation of course, but I believe these to be character traits most of the people I encountered possess. 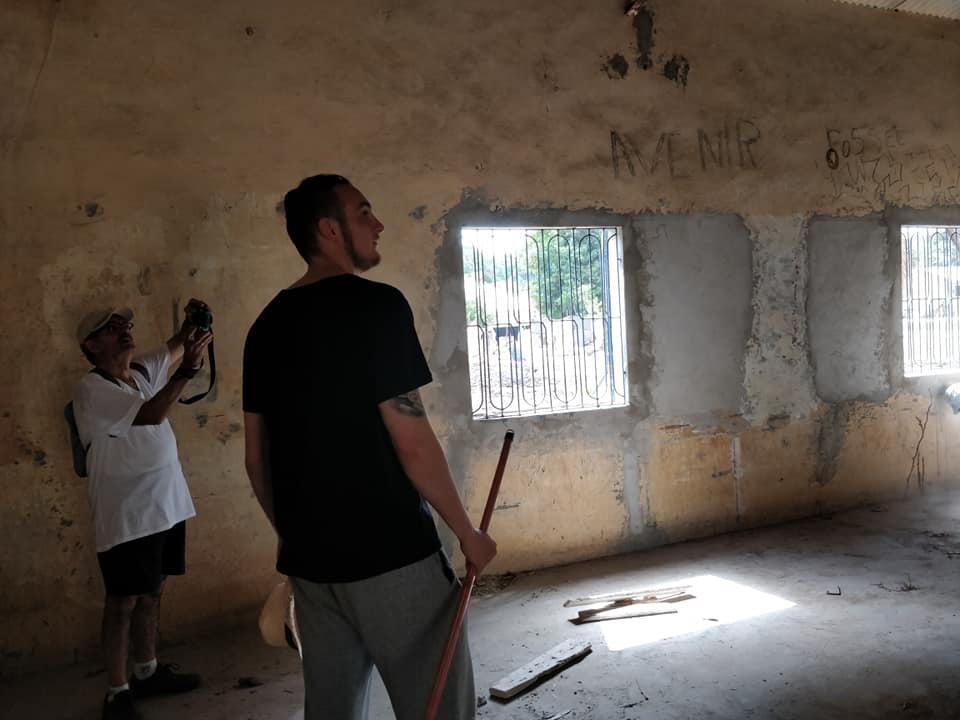 I remember fairly vividly the mixture of excitement, fear, enthusiasm and doubt I felt when stepping out to the overwhelmingly hot, humid darkness from the safety of the Banjul international airport. Immediately me and my companions, most of which I had met for the first time a few hours ago, were surrounded by approximately 30 locals. They began chatting to us as if we were old friends and offered us assistance with our luggage. My initial thought was that these people were trying to rob us. I kept my answers short and clung to my suitcase for dear life. Slowly I realized everyone around me were willingly relieved of their luggage and making conversation with the locals. I gave in and enjoyed a most interesting talk with two Gambians about one of the most international of topics and a personal passion: football. One of them took very good care of my precious suitcase. How warped and prejudiced the western mindset is. In a matter of minutes I was re-evaluating all the preconceptions I had about strangers.

At our destination, my work consisted mainly of teaching English to the local kids. A task I enjoyed immensely, even though nobody had briefed me of such an objective prior to the trip, I am no professional educator, speak close to no French and the classroom left much to be desired. The things I managed to teach those loveable rascals may not be many, but I had fun and I think they did too. Now that I look back on it, I think they taught me more than I did them. Thus, if I managed to teach them as much English as they taught me Jola, the native tongue, I am over the moon. We were treated too well. Our housing and our food were top tier, on local standards that is. The affection and intrigue that was exhibited towards us, especially by the kids, was unequaled. It was astounding at times and felt undeserved. After all, we were just a group of white guys who had done nothing but showed up to get some construction done.

In summary, the most important thing I take away from my journey is the contemplating it forced me to do. What truly matters in life? How trivial things make us climb the walls, how redundant our smart phones and social media profiles are. And the omnipresent stress and pressure to do what? Do better in a rat race? Abide by some sort of a vicious circle? No. The people of Bignona taught me, unconsciously by living their life as life ought to be lived, that happiness is paramount. Do things you enjoy and savour every moment. Take time to behold the beautiful things and learn to accept life’s irregularities. And above all, have the courage to say yes. That is what I did, and lo and behold, it took me on a life altering adventure I will carry in my heart forever.