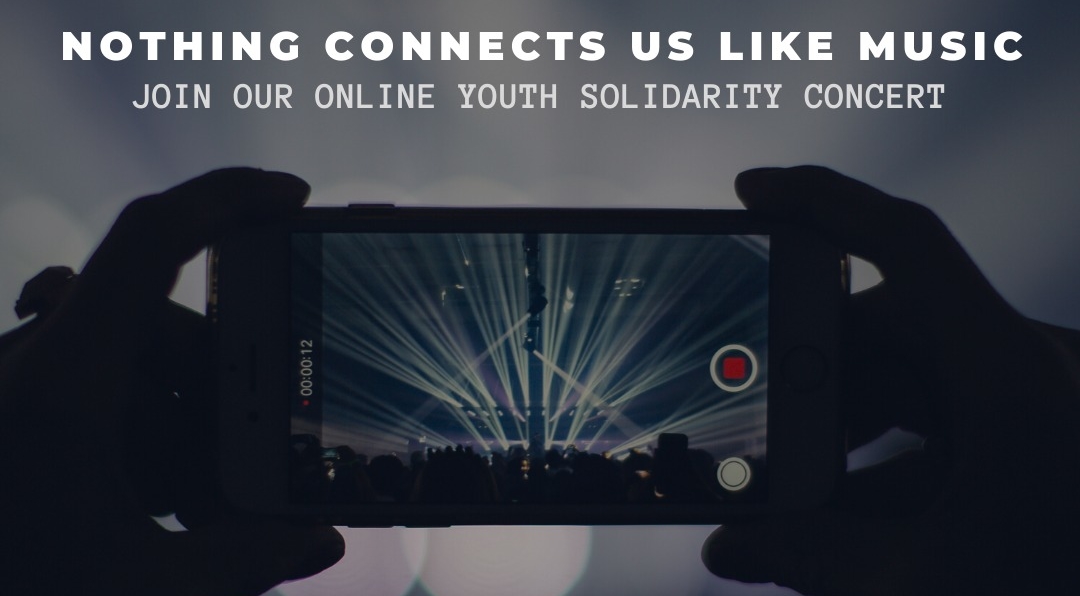 The concert, which brought together young people of 7 nationalities, lasted an hour in which we enjoyed several musical instruments and styles. Japan, India, Estonia, Finland, Ireland, Sweden and Spain were the countries that represented International Youth Cooperation.

Funds raised will go to attend affected families by COVID in the Govandi slum, one of the poorest in Mumbai, India.

The concert, broadcasted on the IYC YouTube channel, had the support of the Palacio de Vistalegre and spectators from different corners of the world, such as Malawi, Mexico, Finland and Estonia. Teresa and Samuel, the presenters, guided all the performances and made the concert a fun, enjoyable and solidary event. During the performances, we listened to traditional instruments from Finland and Estonia, two groups from Japan, opera, pop and a capela voices.

We also listened to the testimony of Nacho Ciprés, one of the coordinators of the projects in India, who taught us about the situation of the families we are going to help with the funds. We were also lucky to see two people linked to the initiatives we carried out at Govandi: a local volunteer and one of the children we are helping.

In addition, we had surprises among the public such as the presence of Fernando Torres, former Atlético de Madrid player, or the warm greeting of Rafa Almarcha, singer of the group “Siempre Así”, from his balcony in the Triana neighborhood, Seville.

We wanted to thank all the people involved in making this initiative possible and helping us to make International Youth Cooperation public.

See you at the next solidarity concert!