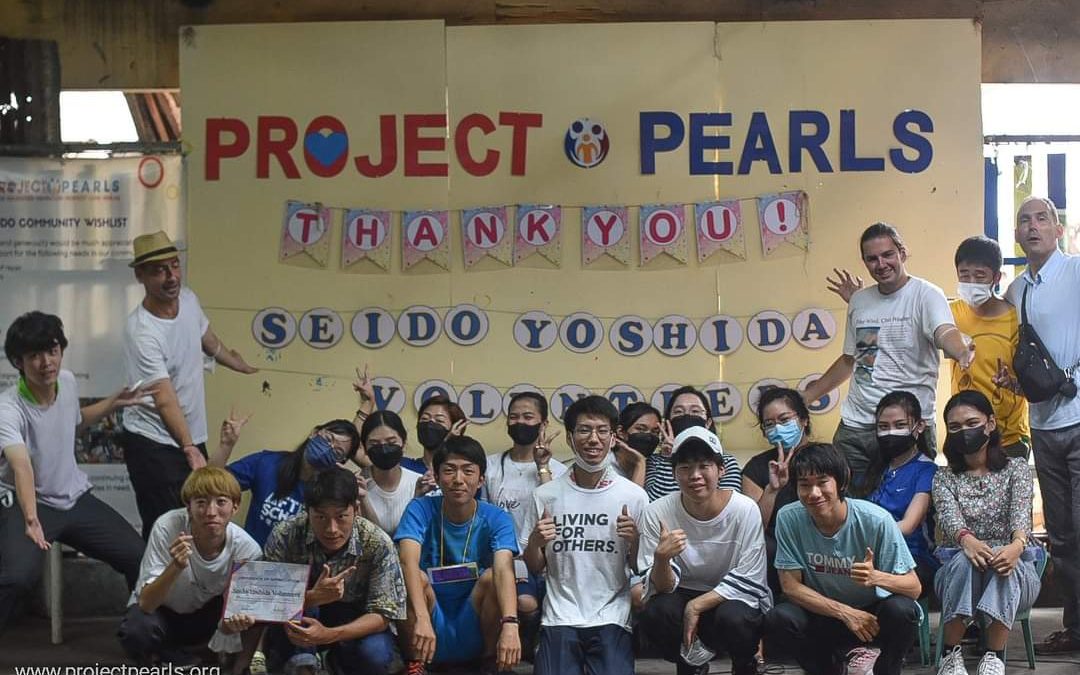 Many of us remember the IYC concert we organised during the first months of the pandemic. At that concert event we heard from some IYC Japan volunteers.

Last summer a group of volunteers from IYC Japan were in Manila (Philippines) to help Project Pearls with their feeding programme that serves children in the neighbourhood several days a week. The number of days of the programme depends on the resources available.

The feeding programme takes place in the Tondo slum in northwest Manila. Tondo is the largest of the 16 districts of the City of Manila in terms of population and land area. It is also the second most densely populated district in the city. In Tondo, the shantytowns are bustling with business. Some serve a food called “pagpag”. These are leftovers collected from the rubbish, which they wash to remove the dust and cook again. Other shacks are “junk shops” full of rubbish and material for resale.

Project Pearls’ feeding programme provides food to more than 500 children several days a week. At the end of the summer, the volunteers launched a campaign to extend the programme to Wednesdays and raised more than €20,000. This support will allow for the next year (October 22-September 23) to increase the programme by one day a week (Wednesdays).